The title should really be Leilani “reads” a “book” but I’m still really proud of her. I put her in the playpen to wash dishes this morning, and then I hear her making the sound she makes for cat. When I turned around to look, she had her cloth book open to the pages with drawings of a dog and cat. I later recreated the scene for this picture: 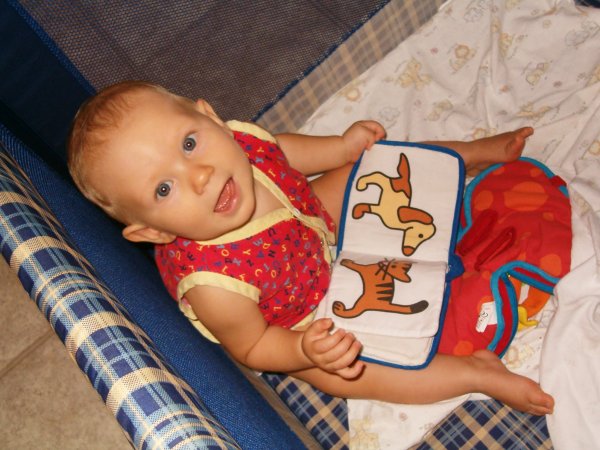 It’s incredible how fast she can learn things. A few weeks ago, she started doing a purring noise whenever she saw one of our cats. Mommy had told her that cats meow and purr, and she picked up on the prrrrr sound because it’s one she can make (with tongue flapping against the roof of her mouth). Then last week she started doing a panting noise for dog, and we’re not sure how she picked that up, maybe from the neighbor’s dog panting in her face whenever we help her pet him.

These two noises have become her associations with the animals, and we started pointing out and naming dogs and cats in her books, prompting her for the noise. So when she sees the familiar pictures or drawings of dogs and cats, she now makes the noise by herself. But this was the first time she opened a book by herself to those pictures, and made the noise all by herself, without any prompting or pointing. So she was essentially reading the book.

PS: This is the last post for a week, we’re off to the Big Island in 2 hours–Leilani’s first airplane ride.

Leilani has recently been fascinated with grabbing lots of things, some more annoying than others. First it was eye-glasses and sunglasses, but I put a stop to that and she really seems to understand. Next it was pens, she loves pens, which is OK as long as we make sure they are not open and not too sharp. But above all, Leilani loves paper. She will grab it really quickly and crumple it and then start pulling, tearing, biting and eating it if we let her.

In a way this is really cute, and since a little ink isn’t too toxic, it’s not that big a problem … until she grabs a shopping list or a check. This leads to one of those parenting gray areas: do we let her do it, which implicitly encourages her, or forbid it completely like the glasses? Because she really enjoys it, we’ve taken the middle road: we try to “approve” every piece she grabs, and either let her have it or take it away (and substitute some other toy to avoid crying).

So I was at the grocery store today, and I was getting some cans off the bottom shelf when I hear Leilani crumpling paper. “Uh oh,” I think, “I must’ve left the shopping list near her.” So I get up quickly and I see her eating coupons. It took me a while to find out where she got them:

Fortunately, I had the digital camera, and it has a movie mode. I was laughing so hard, I let her pull out a half-dozen more coupons. I used to think those stupid coupon dispensers were useless, but now I know they provide baby entertainment. I think we’ll take Leilani back to play with them again.

Last weekend we camped in Koke’e with Aditi, Adam, and their daughter Jaya, Carrie, Alain, and their daughter Rhea, Chris, Chris, and thier son Joseph. The babies had a lot of fun, and the adults as well. Saturday we hiked the Alakai Swamp trail, and later we went to the Kalalau lookout. Andy, Leilani and I stayed until Sunday evening, and maybe I’ll post about the other hike we did later on.

Somebody thought to bring outdoor toys for the kids: Jaya and Leilani 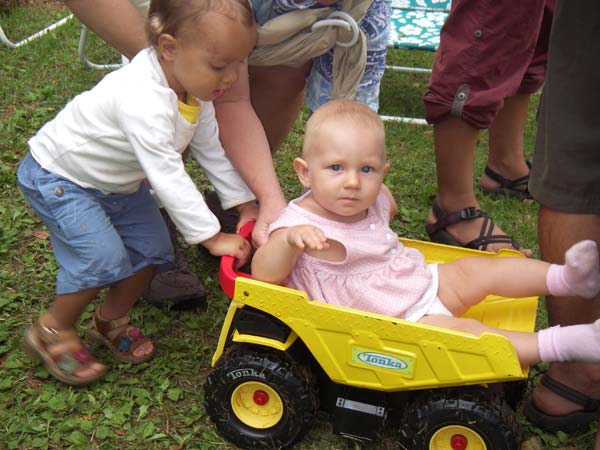 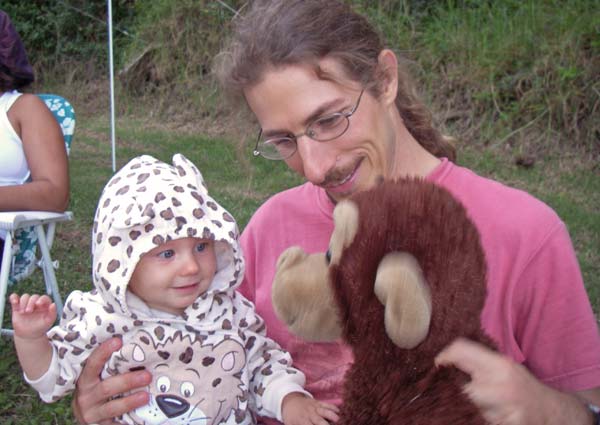 Somebody also thought to bring a canopy so we could have a kitchen area: 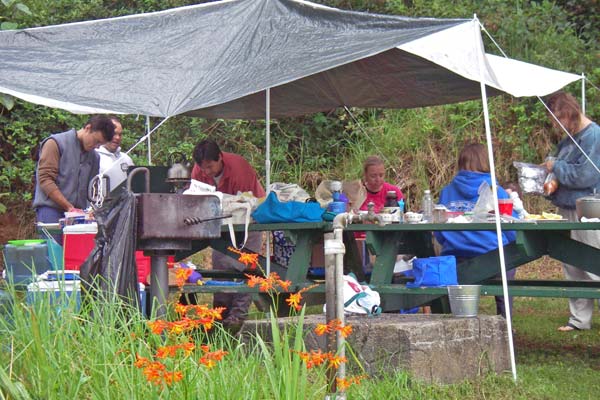 We had enough 4wd vehicles to drive to the true Alakai Swamp trailhead for an easy hike: 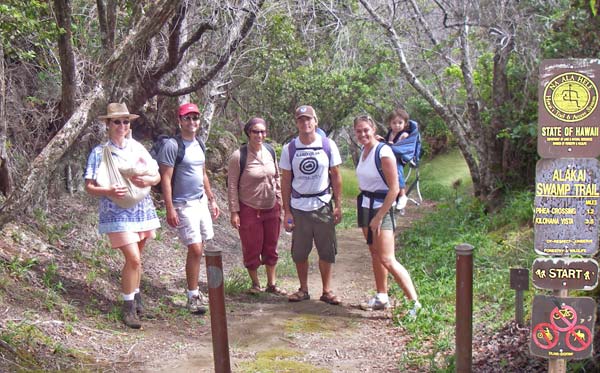 Beginning of the trail before the boardwalk: 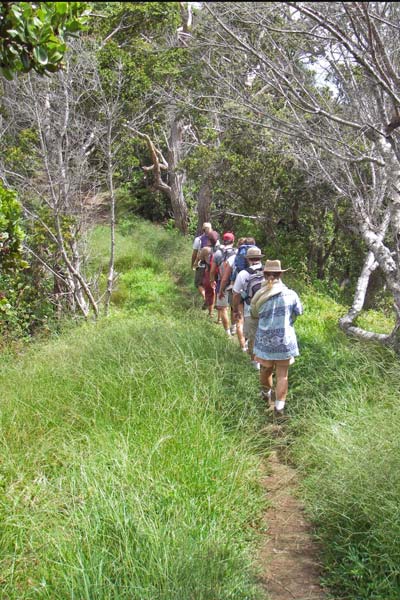 On the flat boardwalk through the forest: 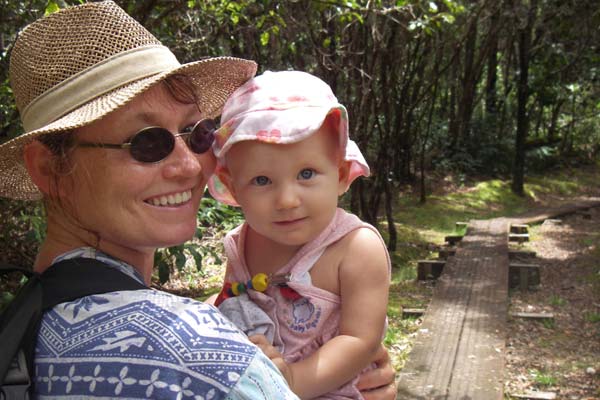 Leilani slept most of the way in the sling: 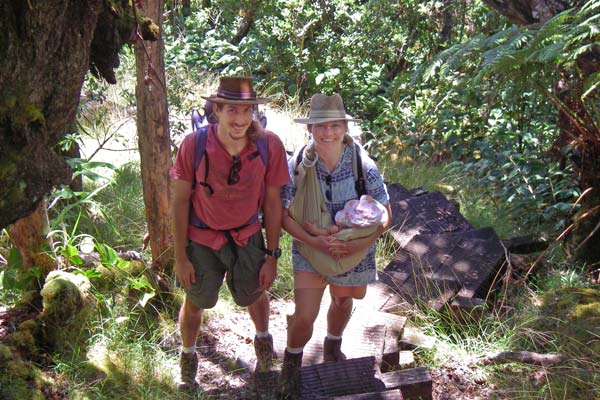 The baby carriers on the steps down to the stream: 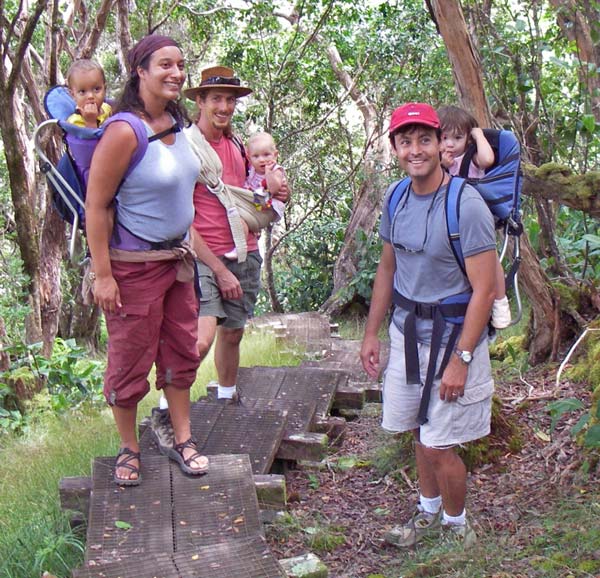 We picnicked just across the Kawaikoi stream, then turned around and went back: 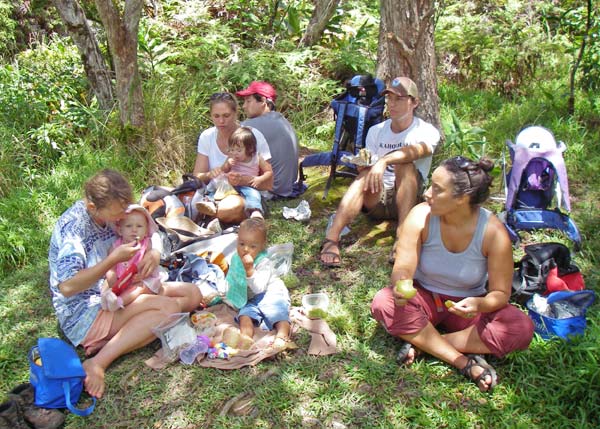 But Rhea and Jaya wanted to keep going and explore the trail (and mud) on their own: 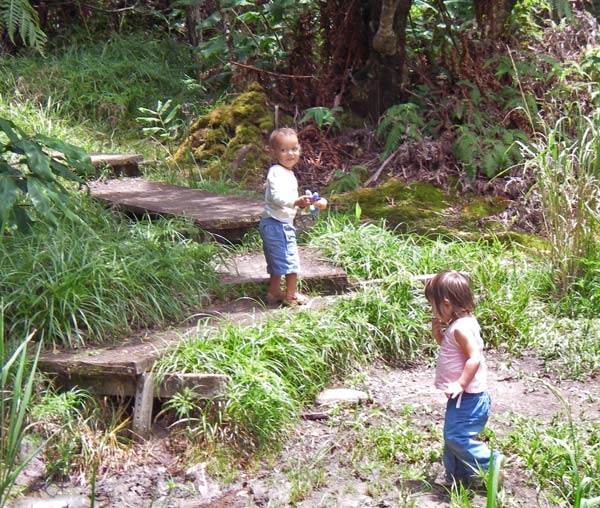 Aditi carrying Jaya, I with Leilani, and Carrie back at the trail junction: 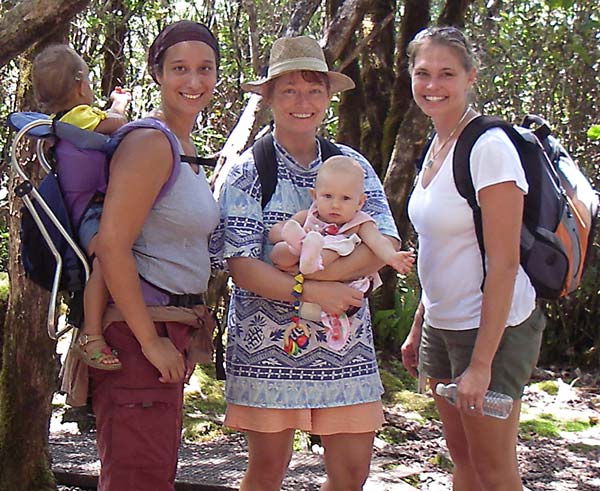 The flat boardwalk through the smaller bog (we didn’t go to the big bog): 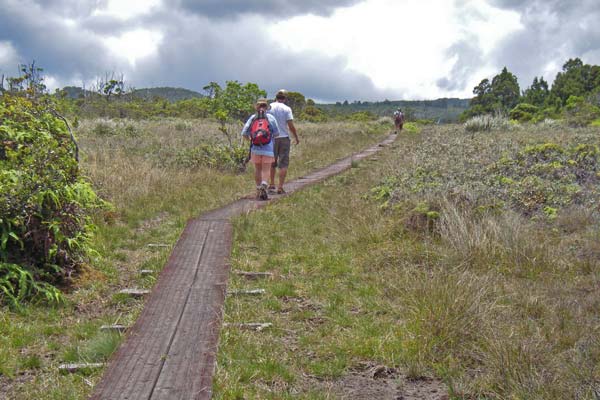 The girls stop and play nicely together on the grassy trail: 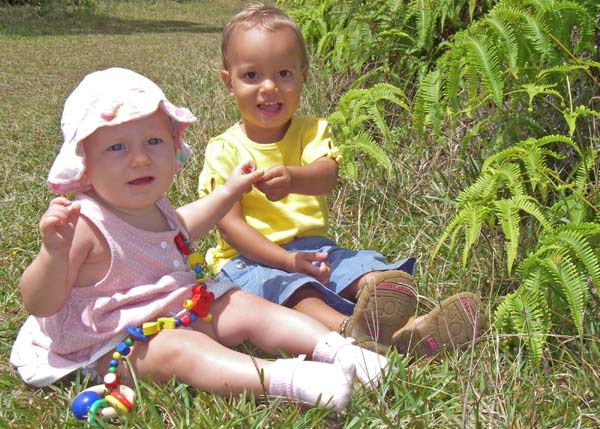 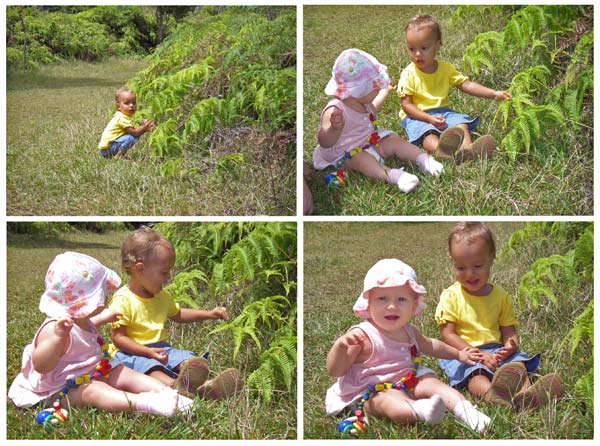 Relaxing and dancing on the table at the picnic overlook near the trailhead: 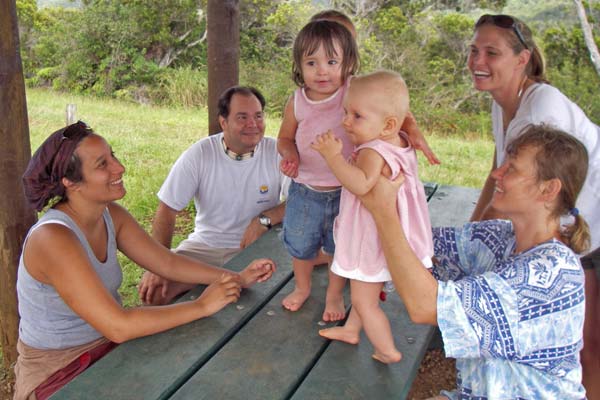 Down the little trail below the Kalalau lookout: 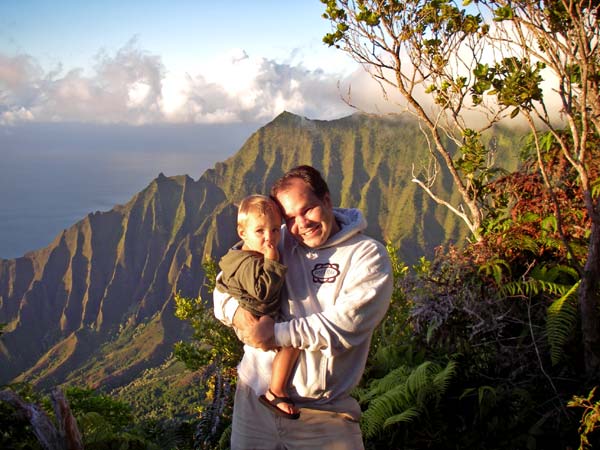 Sunset light at the Kalalau lookout: 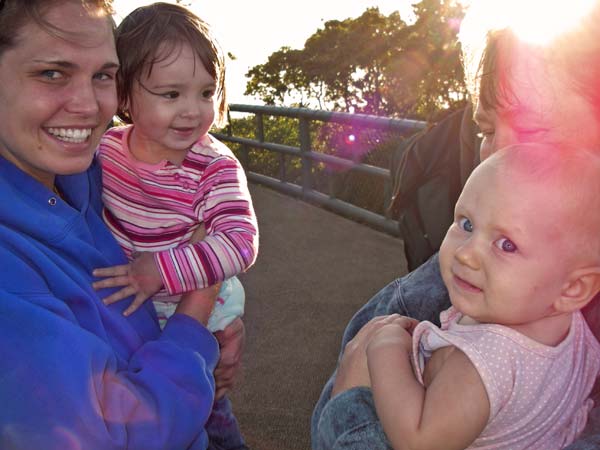 Leilani suddenly likes classical music. And I figured out how to make the video bigger….

There were doubts! :-) The soundtrack of the movie is original. No added comments, no added music, no volume tricks. The subtitles are exactly what I said in German (or a little bit shortened, but the exact meaning).

And another movie – about other music.