Out of the blue Leilani commented: “The inscription on my gravestone should be ‘Rest in Peace Leilani, who was killed by her own cat “Still Worth It.”‘”

That was a while ago. I just remembered it because I wanted to break up a catfight yesterday when I walked in I realized Leilani and Bennu were hissing and meowing back and forth, Leilani also making faces at him and Bennu was getting really mad… (according to Leilani Bennu started it, and I am not going to comment on maturity level here)

Leilani and I had a pet gecko, as he lived by the Midnite brand charge controller we named him Midnight. 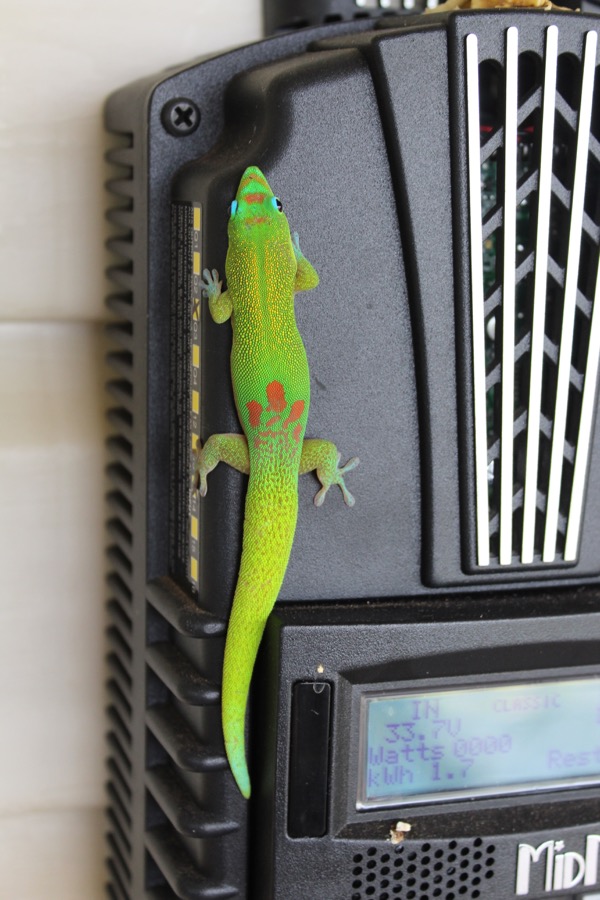 He was super tame – letting himself be petted, stepping on our hands, running out when Leilani or I approached. He could definitely tell people apart and was always hiding from strangers. We fed him – like all the other geckos – with bananas and occasional roaches or mealworms. His mate, Evening always kept her distance unless approached super slow and careful. Midnight went on a long walk every morning, from his charge controller across the lanai (deck) to the dog water bowl, where he’d drink, then up to the railing to bask in the sun. Often he came into the dining room, and climbed out the window on the other side of the house. He was one of the prettiest of our geckos, and one of the largest, and his tail and eyes had very distinct colors, so it was easy to recognize him. 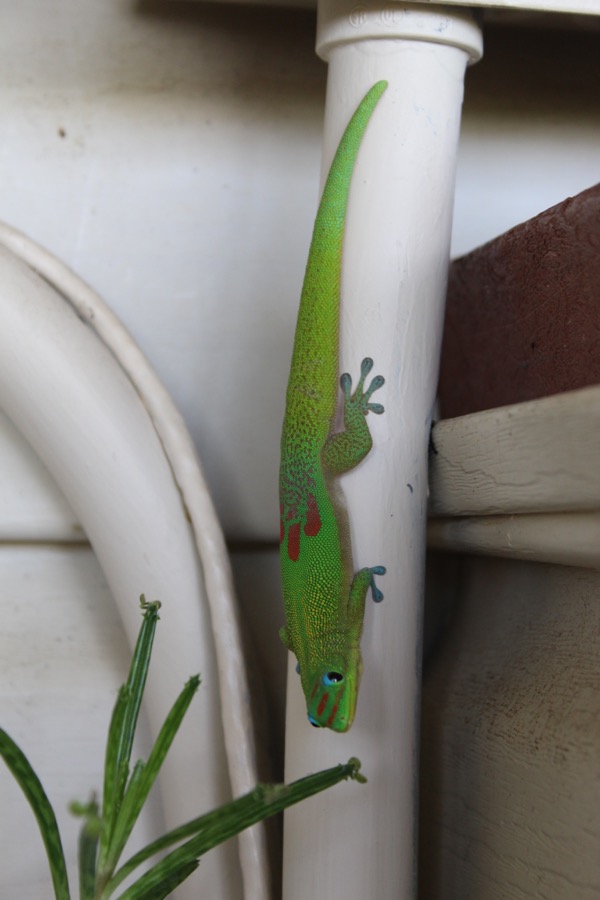 A few days ago I heard Leilani scream, Jahi had caught a gecko. As soon as I caught a glimpse I know who it was. He was just too tame, not careful enough. She had broken Midnight’s neck, and chewed a hole into him, he died in my hand, we cried… We put the body into a little bowl, on a leaf surrounded by cinnamon to keep ants away and put him near his favorite hangout by the charge controller. We had a little memorial for him, and Midnight’s mate came out and stared at the body. She sat right above the bowl, and stared at it for hours.

I’ll never believe if anyone tells me reptiles are primitive bundles of reflexes, incapable of learning or forming attachments.