Not to be bragging,

but to say what I am grateful for. I just finished an article on how awful it is to travel with kids and it really hit me:

We saw some beautiful sun and moonrises lately, and a sunset too.

The most spectacular was the lunar eclipse on 2/20 – not the eclipse itself, that was barely visible, but just as the moon began to rise, behind the clouds, a humpback whale began to jump and breach – it was awesome. Unfortunately no whale photos. 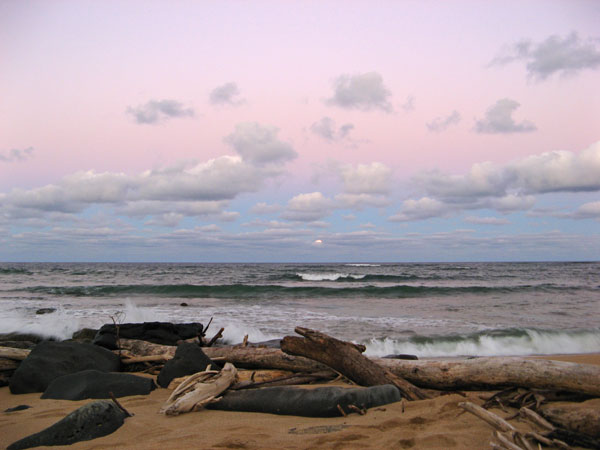 The moon itself – once above the clouds was great too, but the eclipse had happened while it was behind the clouds. 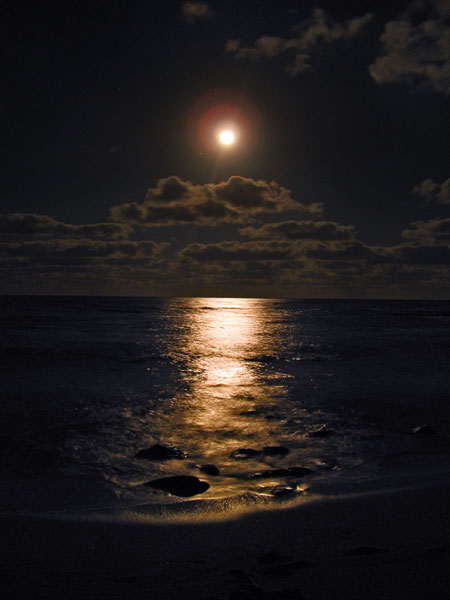 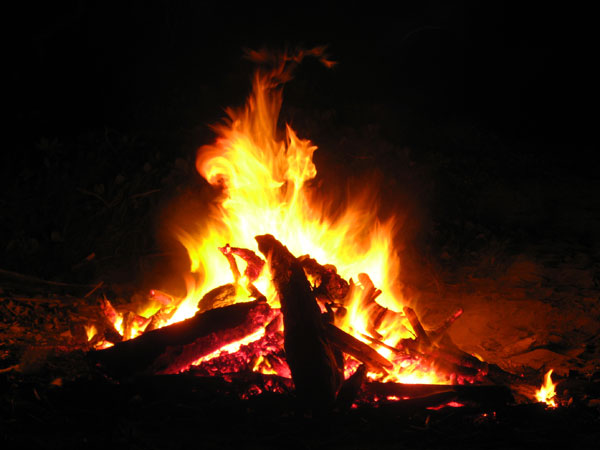 Our sunrises are still as beautiful as ever: 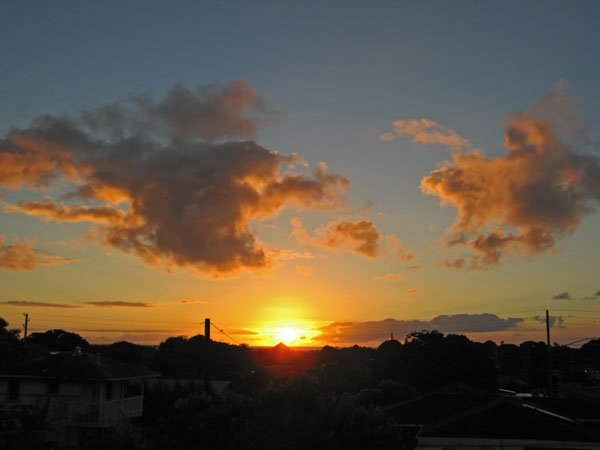 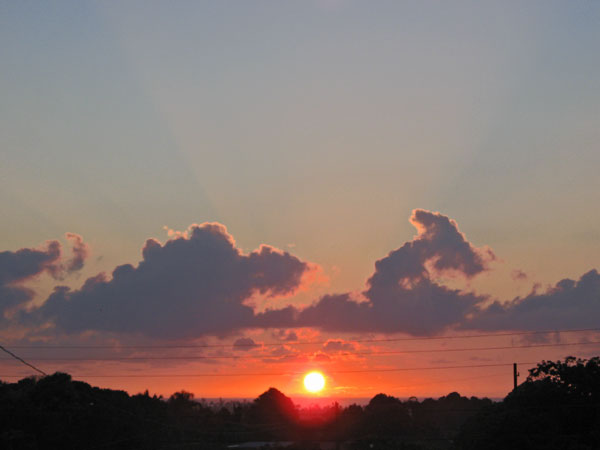 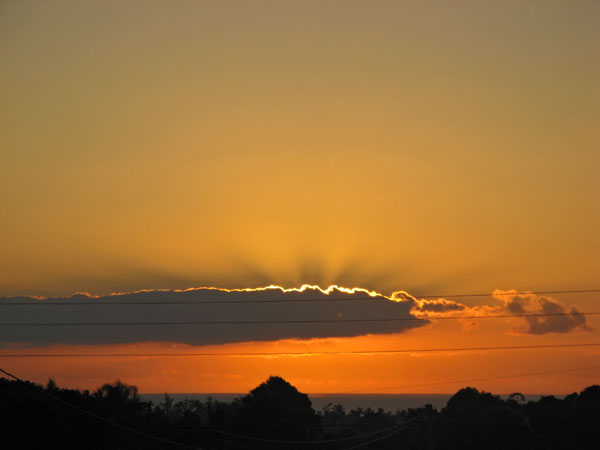 Mommy, what is this?

I picked up Leilani at Joys today. She motioned to the steps. “Mommy, come sit with me.” I did. “What is this?” she asked.

Our friends from Philadelphia came to visit on the 15th and 16th of February – I never got around to posting the pictures:

Read to me uncle Jason… 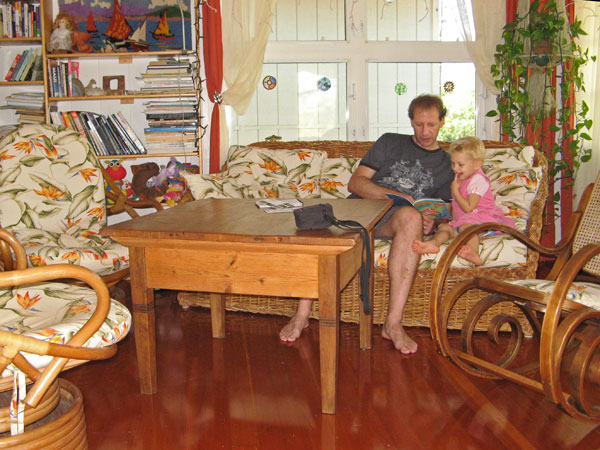 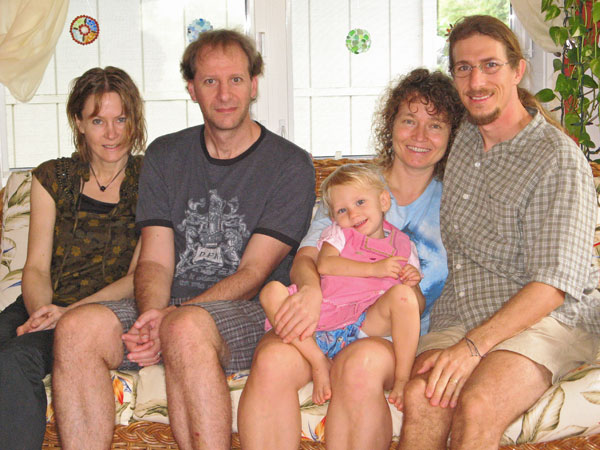 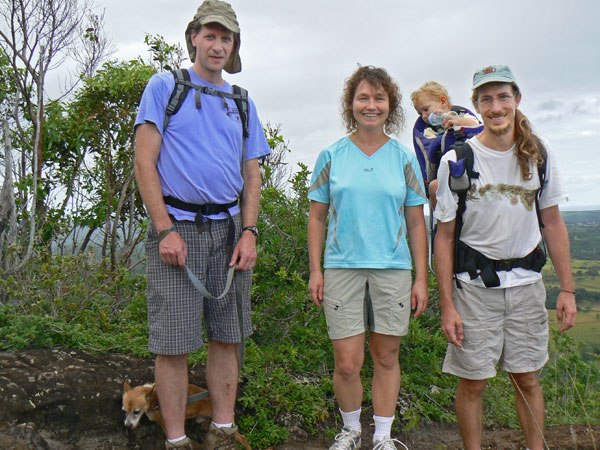 …and even took Maka along. 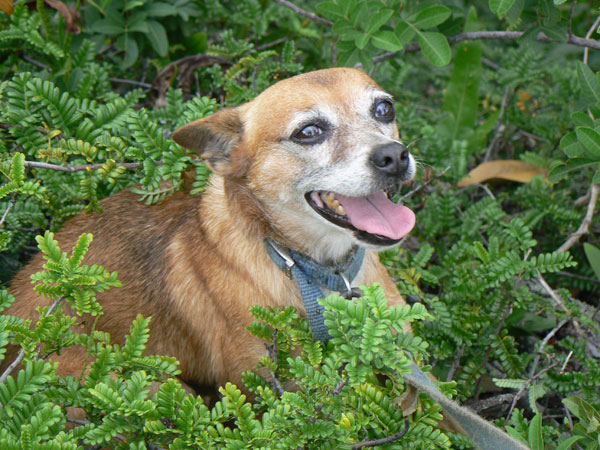 The orchids in our garden are blooming again 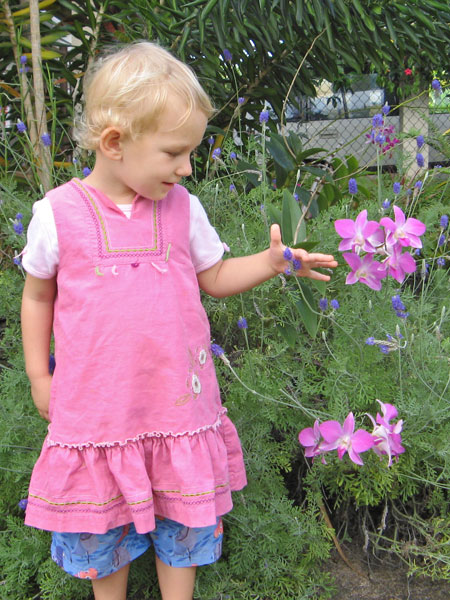 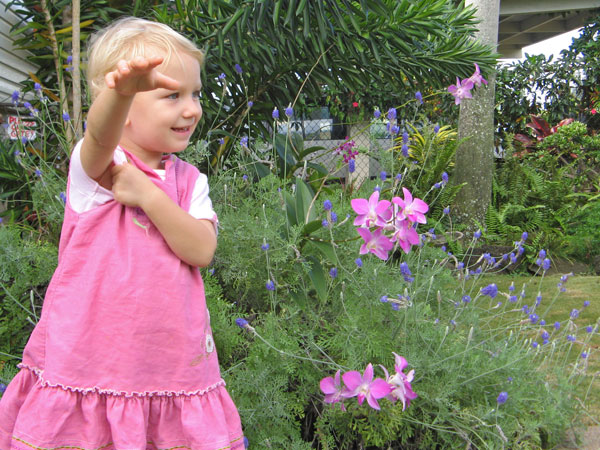 Cause, Effect and Teeth

I was tired of the daily battle. “I don’t wanna brush my teeth!” Force just resulted in hysterical crying, and entertainmant (Brush-brush-brush your teeth keep them clean each day… sang to the tune of “Row, row, row your boat”) was working pretty limited. I interviewed parents and got techniques that didn’t work for Leilani at all.

Then I resorted to “Remember the diver-dentist in Nemo? Darls’s uncle? Remember how people screamed when he did the root canal?” Bad Mommy! That was not a great idea, because then I had to explain a lot about dentists – Leilani had no idea what was going on there and why. After all, what kind of parents would bring a little girl to a man who punishes her by hurting her mouth, just for not brushing teeth.

We went back to fighting about the brushing for a few day. 2 days ago in the middle of the preparation – squeezing out toothpaste, while holding back Leilani who screamed “Let me free, let go, let go!” at the top of her lungs. So I grabed Leilani, dragged her in front of my Mac and googled “rotten teeth”. I did an image search and Leilani’s eyes grew bigger and bigger.* While showing her the gross photos I explained to her that food, especially sweet food destroys our teeth if we don’t brush them. That it doesn’t just look disgusting, but also hurts a lot. And that the only one who can fix it is the dentist, and that going to the dentist with good teeth, that have been brushed often usually didn’t hurt, but the less one takes care of their teeth, the more work the dentist has to do, and the more it hurts.

We went back to the bathroom, and it was the best toothbrushing in 1/2 a year. Every time since then (4 times so far) brushing teeth went smoothly. I was even able to look and feel into her mouth and realized one of the last pair of molars had just broken through, and the other one is probably not far behind, so that’s probably why the battles gotten so bad, and makes the change even more remarkable, because right now at the height of teething it’s quite painful.

I so often underestimate her ability to understand cause and effect, and complex situations, and this is usually a mistake.

Yesterday we started talking about germs and hand washing, and 3 or 4 times since then she came up to me and asked for me to help her wash her hands.

*Had I done it before dinner it would have helped me to loose weight as well, there were nauseating images among those. See for yourself at Google Images