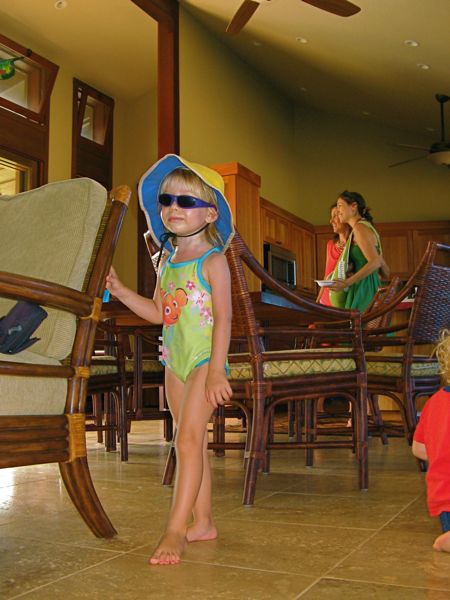 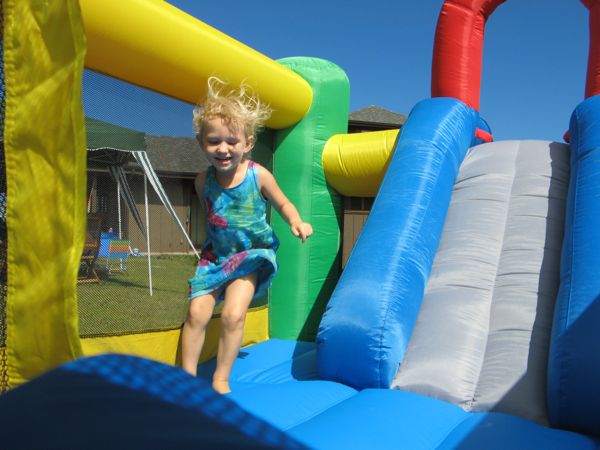 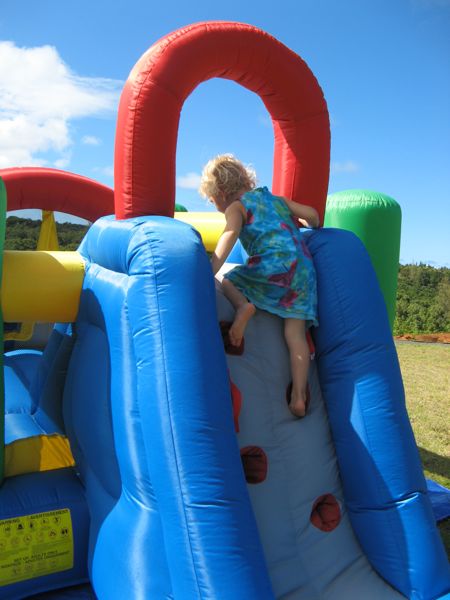 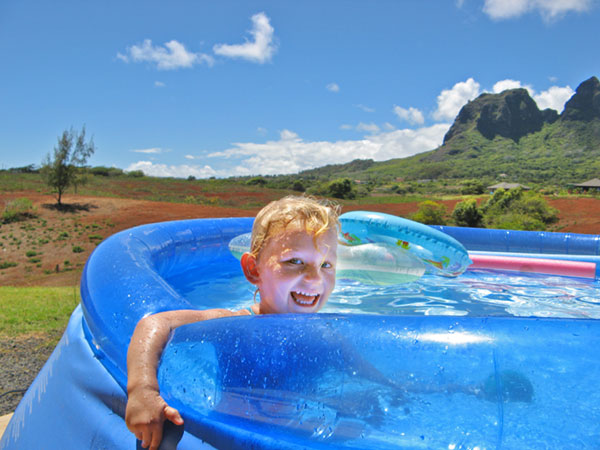 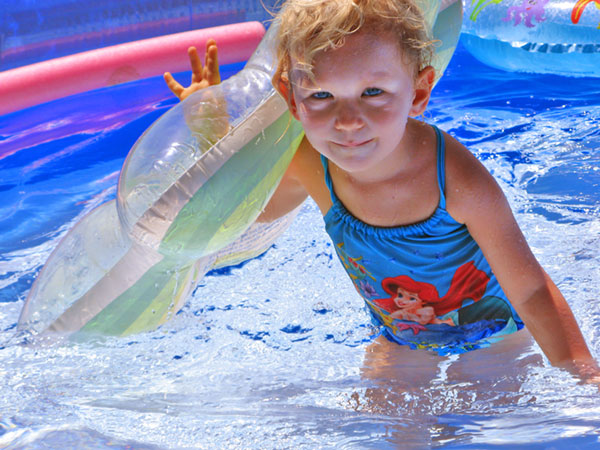 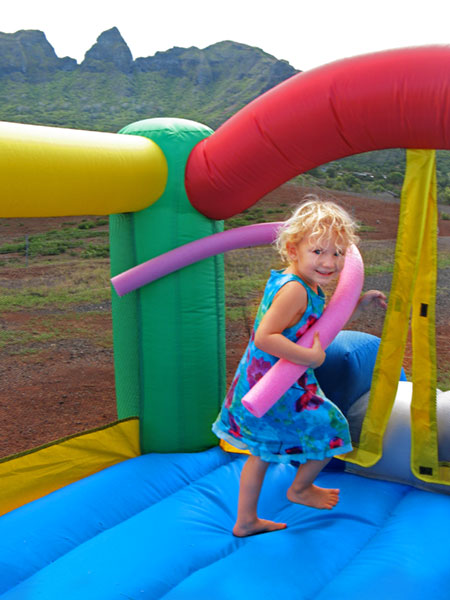 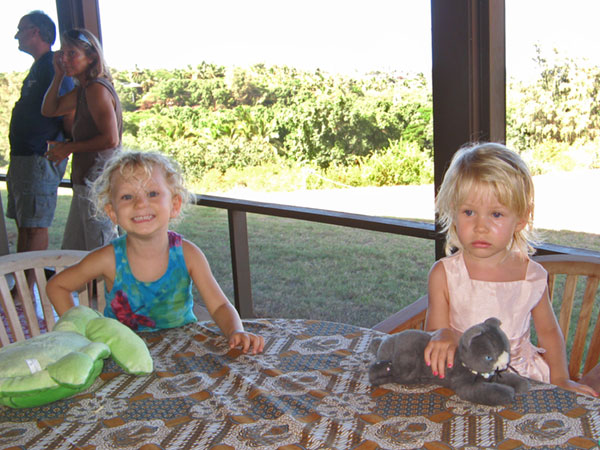 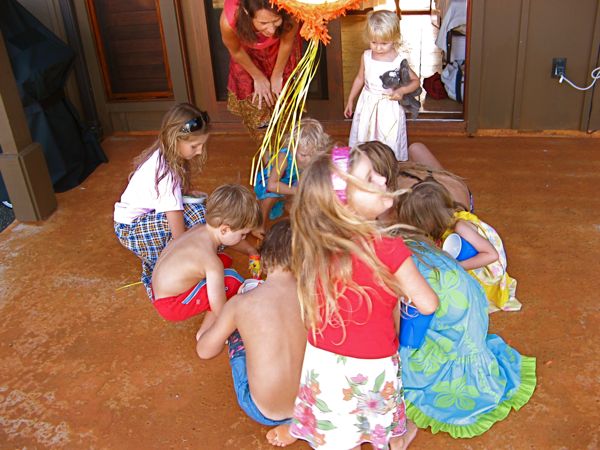 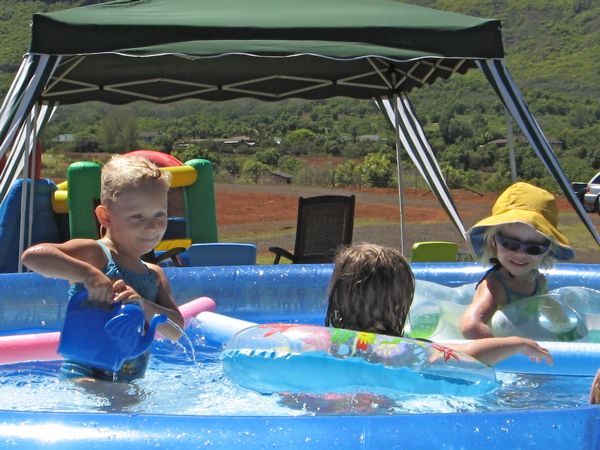 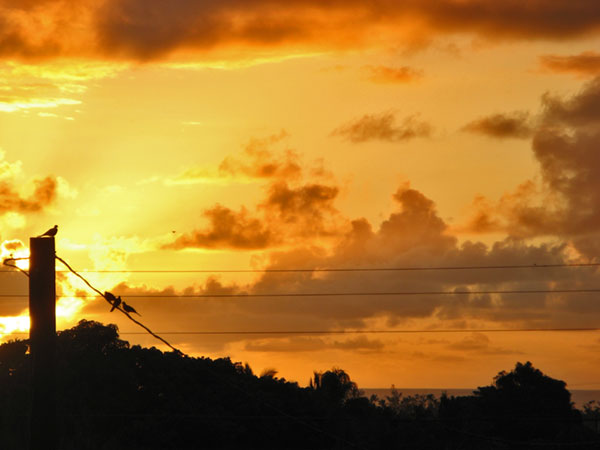 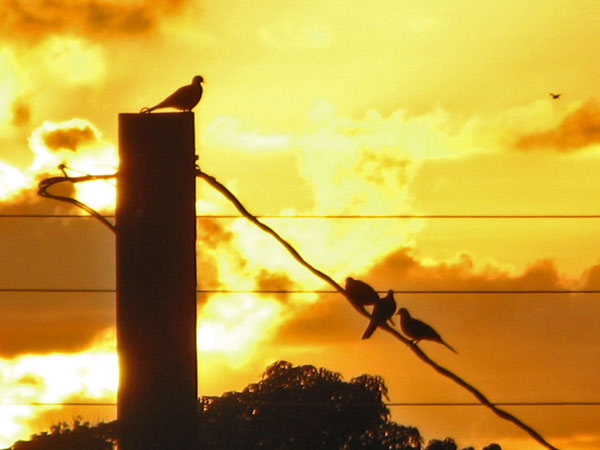 At the dragon building in Kapaa 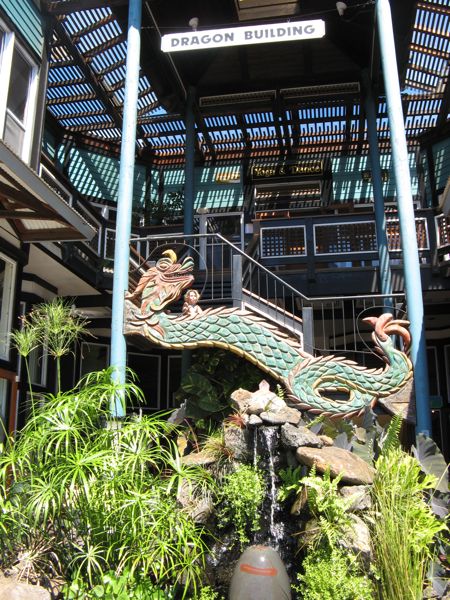 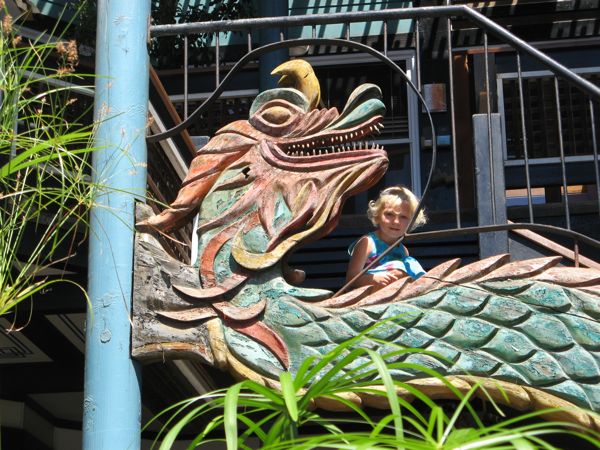 Leilani didn’t watch a movie yesterday. Instead she decided she wanted to see snakes. Not my favorite topic to google or youtube search in front of a three year old.
But we found some really cool cobra clips and Leilani wanted more. “I want to see snakes eating” was her next demand. I searched for snakes eating eggs and that was entertaining for a while. But she really wanted to have the mouse herself, and choose the videos… I did let her do that when the search terms were “cute puppies” or “puppies and kittens” so she really wanted to choose here herself too. I let her and we watched a few gross ones (and I took over mouse and keyboard stopped a few that I anticipated to get very gross).
We then watched hyaenas, tried dinosaurs especially Redclaw, but found them scary (but she really liked that) and finally kittens again. We spent more than an hour in front of the computer, and it was time for bed afterwards.

On other news: Leilani is still scared sometimes, but now the good days outnumber the bad. Joy helps me a lot, and Sandy and Adam and Aditi are back, so in case I’d need an emergency babysitter I probably could get one too. She doesn’t want to be at home, even though her room looks pretty much untouched, and the boxes are stacked neatly in the shelves and against the walls in the livingroom. One of her first questions in the morning is. “Where are we gonna go today?”

Most days (except 2 days ago when she was very tired) she is really good getting her teeth brushed, as long as I sing her a song while doing so and she is allowed to lay in bed while I brush – I started that because I can see better what I am doing. Our toothbrush song is German and goes as follows “Ich putz so gerne Kinderzaehne das macht mit grossen Spass. Und wenn ich damit fertin bin dann kitzel ich sie schrecklick” (I like so much to brush kid’s teeth, that is great fun for me. And when I’m finally done with it I’ll tickle them horribly”) and then I have to tickle her. Sung to the melody of the dance song in the Disney movie Snowwhite.

For dinner we had Mac and cheese and a salad. I asked which dressing she wanted and she replied “Schwarzes Kernoel” (black pumpkin seeds oil, a traditional Austrian salad-dressing) I asked if she also wanted salt and vinegar, and yes she did. She ate a huge bowl of salad and I gave her even more from mine which also had raw garlic, but she still liked it. But I still have to cut the lettuce in pretty small pieces with scissors because she doesn’t chew all that well.

Yesterday Mikey came in, all wet from the rain, and Leilani got up from the computer, unprompted, brought her towel from the bathroom and dried him off and brought back the towel and put it on her towelring again (I did put it in the laundry basket after praising her a lot)

She immediately noticed that I had packed her silk flower bouquet, and set out late in the evening to make a new one. She now asks for her toys (Can I have my baby with the white gown?) rather than look for it as she suspects they are in boxes already…

Today we went shopping for paper towels (makes awesome packing material) and I could not resist picking up a DVD I loved as a kid. Well I loved the book… the Never Ending Story. I told Leilani we’d watch it together, and I’d fast forward through the scary parts.

Two hours later she asked if we’d watch a movie tonight – I said yes, the Never Ending Story. Her reply: No, this movie is too long… 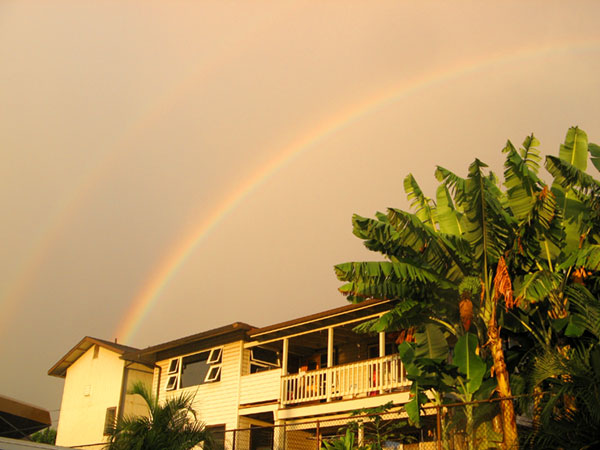